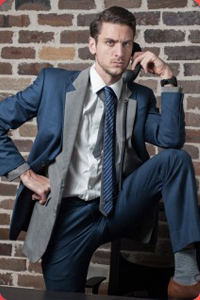 Australian character comedian Steen provided a masterclass in how to keep an audience involved and entertained without ever making them feel exploited. "You're left admiring the daring of the invention and the flair with which he delivers" said The Scotsman of Steen, just one of many enthusiastic plaudits for this debut. Steen's television credits include It's A Date Series 2 (Princess Pictures/ABC) Legally Brown (Endemol/SBS), the sketch comedy series This Is Littleton (Highwire/ABC2), the television drama The Code (Playmaker/ABC) and Slideshow (Seven Network). After a sell-out Soho Theatre run immediately after the Fringe, Steen is putting a second run on sale.