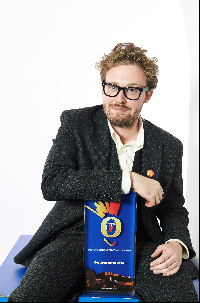 A breathtaking mix of comedy and anti-comedy influences and tropes was artfully housed by Free Fringe act Kearns and made into a work of warmth and pathos. Among numerous post-Fringe engagements are: judging The Roald Dahl Funny Prize for Children's Literature, writing scripts for BBC Radio 4 and Tiger Aspect, and live runs at the Soho Theatre, Leicester Comedy Festival 2014 and Melbourne International Comedy Festival.