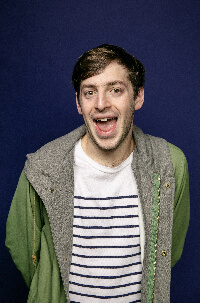 Having scooped the Best Newcomer award in 2014, Boston-born stand-up Alex Edelman bagged his first Best Comedy Show nomination with this fascinating story about his recent brush with the far-right. It’s a tale of Edelman – a young, Jewish comic – attending a white supremacist gathering, spliced with anecdotes about his brother’s Olympic achievements and meeting Prince William. All told with plenty of smartly-constructed jokes and a confident delivery.