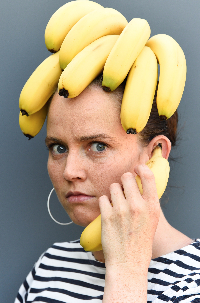 In 2015, Zoë Coombs Marr hit the Fringe as her alter-ego, Dave: a expertly-observed send-up of lazy, misogynistic stand-ups. For 2016’s ‘Trigger Warning’, Coombs Marr took that idea a big step further. Dave had now given up stand-up, trained at the Gaulier clown school in Paris and found his inner clown: a thirty-something woman called Zoë. There were layers upon layers of concepts and gags going on in this high-concept comedy, which managed to stay the right side of being just one big industry in-joke. Smart stuff.