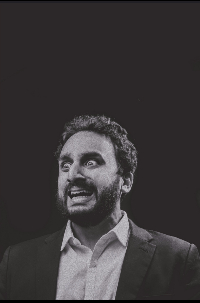 Actions Speak Louder Than Words, Unless You Shout The Words Real Loud

Nominee number two for this political comedy force. In the second half of Kumar’s 2016 offering the 31-year-old comic took a smart, exasperated and freshly-written look at post-Brexit Britain and post-fact politics. Before that he threw out personal anecdotes and intelligent observations about getting over-excited at a Prince gig and being envious of Coldplay’s drummer. It was a winning combination for Kumar, who cemented his reputation as one of the most exciting political comics in the country.