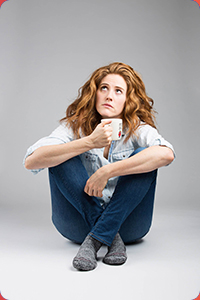 A Day in October

First nominated for the award in 2004, Sarah Kendall's ninth Fringe show saw her again return to a predominantly storytelling style. As with her 2014 show, Kendall (Comedy Central's Russell Howard's Good News, and BBC Radio 4's The Now Show) honed in on her adolescence in the down-at-heel ex-mining town of Newcastle, New South Wales in the 1990s. Despite the apparently barren terrain for laughs, the critics were won over, many of whom commented on the filmic quality of Kendall's reminiscences.