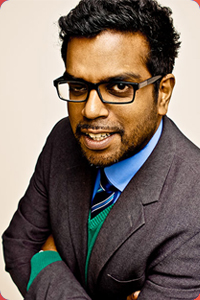 Rom wasn't built in a day

Another jump from newcomer to main award list in just a year, Romesh Ranganathan came to the Fringe with another uncompromising, bullet-proof set that reinforced his status on the comedy scene. Romesh is known for work on Live At The Apollo (BBC1), Mock The Week (BBC2) and Stand Up For The Week (C4). He also recently starred in Jo Brand's sitcom pilot about social workers Damned, for Sky Arts 1. Romesh will tour this show nationwide from September.