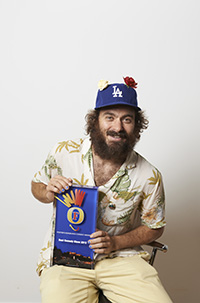 Trained at the Ecole Philippe Gaulier in Paris, Californian clown Phil Burgers has brought his creation of Doctor Brown from cult curiosity to accomplished act over the last few years. The confoundingly titled 'Befrdfgth' had already won a Barry award in Melbourne before the good doctor's artful mime capers triumphed again in Edinburgh.