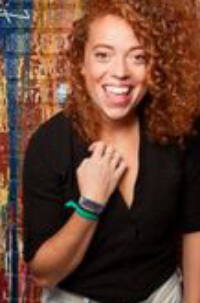 Michelle Wolf was a newcomer to the Edinburgh Fringe, but known to many Americans as a correspondent on Comedy Central’s ‘The Daily Show’. ‘So Brave’ was a no-nonsense hour of stand-up, covering political ground in the run-up to Trump vs Hillary as well as more personal and anecdotal material. It was a show the Guardian called ‘a striking debut’.