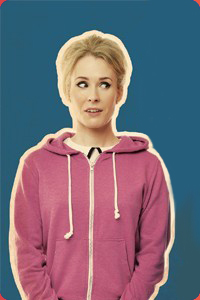 We Can Twerk It Out

Lucy's debut has been eagerly anticipated since her appearance in the finals of So You Think You're Funny in 2011. With lots of Northern charm and wit, this lady from Hull won over the judges with a mix of sweetly observed anecdotes and sassy lines. Lucy is currently developing her sitcom pilot To Hull and Back (broadcast in June 2014 on BBC Radio 2) in to a full series and will be performing a short run at the Soho Theatre in October 2014.