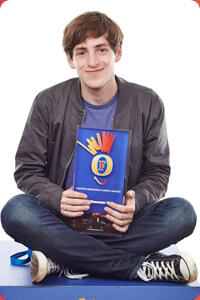 For his winning debut show, young Bostonian Alex Edelman looked at the whys and wherefores of Generation Y, or Millennials as they are known in his native land. His successful mix of wide-ranging social comment and personal anecdotes had set him up for a new chapter in his career. Earlier in this year Alex supported Simon Amstell on his US tour and will support him again in the UK this Autumn, meanwhile his full show will be on at the Soho Theatre in January 2015. Alex is currently working on a variety of radio and TV projects including recording Millennial for BBC Radio 4.