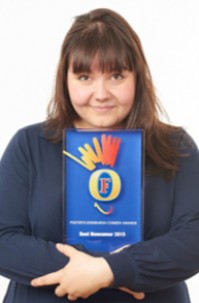 Born in Copenhagen, Sophie Hagen (credits include Russell Howard's Stand-Up Central and appearances on BBC 2, BBC Radio 1 and BBC Radio 4) performed stand up in her native Denmark for two years before making the move to London where she soon found success in a host of competitions. Bubblewrap, described as 'a hugely entertaining Edinburgh show' by Bruce Dessau, recounts the growing pains of her teenage years, with issues ranging from body image to an obsessive following of Westlife!