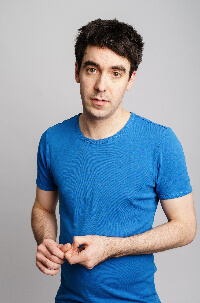 ADAM HESS’ Best Newcomer-nominated Salmon cemented his reputation as a skilled performer and storyteller, in addition to his talent for coining one liners that have built his Twitter following of 50,000. He already has many credits under his belt, including BBC Two’s Russell Howard’s Good News on which he was a staff writer, appearing in BBC One’s Count Arthur Strong, BBC Two's  Live from the BBC, ITV2's @elevenish and regularly contributing to the award winning Dave Podcast. Since his nomination, Hess took his show to Soho Theatre, toured around the world and appeared on David Baddiel’s Radio 4 panel show, Don’t Make Me Laugh.