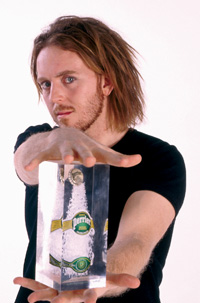 Minchin's musical comedy route to stardom was in the ascendant from this moment and he went on to be nominated for numerous other awards and have his live shows recorded for CDs and DVDs. Among the many prestige venues the Australian has played are The Queen Elizabeth Hall on London's South Bank and the Royal Albert Hall as part of The Secret Policeman's Ball 2008. Minchin is currently ranging over projects taking him from comedy to theatre and radio to film.