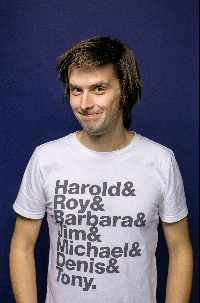 While EU negotiations were in full swing and details over the UK’s departure remained uncertain, Kieran Hodgson looked back at why we decided to join Europe in the first place in his latest, exquisite character comedy show. ’75 – which earned Hodgson his third nomination – was a well-researched and charmingly performed edu-comedy show, with pin-perfect impressions, a strong, personal narrative and equally strong gags.