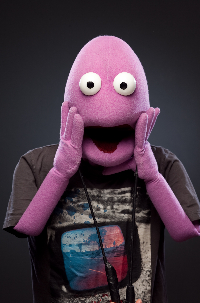 Could this be the only Edinburgh Comedy Award nominee made out of sponge? Randy is the felt faced alter ego of Australian puppeteer Heath McIvor. The purple puppet has frequently collaborated with musical comic Sammy J – their 2011 show ‘Ricketts Lane’ was adapted into a TV show Down Under. But it was solo, in Randy Writes a Novel, that bagged McIvor his first nomination. In the show, Randy is alone with a typewriter, about to read from his unpublished novel. But the potty-mouthed puppet can’t help but get a little distracted and spiral off into captivating yarns. It was a real treat, and definitely not for kids.