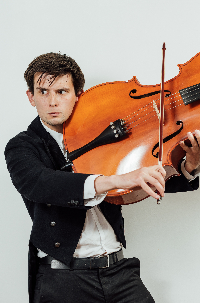 This extraordinary character comic received his second nomination in as many years for ‘Maestro’. It was an exquisitely performed show that was both a love letter to classical music – charting Hodgson’s decade-long effort to write a symphony – and a personal account of his romantic history. The 28-year-old seamlessly switched between characters and packed deliciously sharp punchlines into his narrative-driven hour that was accessible, charming and elegantly structured.