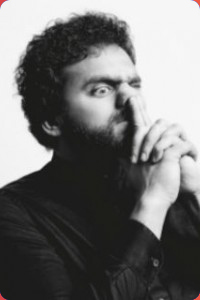 A smart, sassy and astutely political hour from Kumar (Dave's As Yet Untitled, Comedy Central's Russell Howard's Stand Up Central, BBC Radio 4's The Now Show) was acclaimed across a wide range of press. Brian Logan of The Guardian called it 'his most confident, compelling set yet' and Chortle's Steve Bennett called him 'an increasingly potent political comedy powerhouse'.