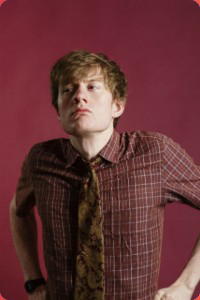 Another exquisite hour gave the 30-year-old comedian (BBC 2's Nevermind the Buzzcocks, BBC 3's Russell Howard's Good News and BBC Radio 4's James Acaster's Findings) a fourth nomination in as many years. Making the apparently niche widely accessible, Acaster's ruse this year saw him on jury service, a loose premise from which all manner of absurd forays spring off. 'Guilty of comic genius' was how critic Bruce Dessau described the results.