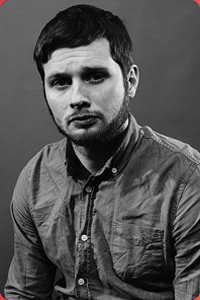 Another searing hour of stand up, underpinned by existentialism and nihilism, rewarded Williams with a jump from the newcomer nominee list to the main list in the space of just a year. His persona may be jaded, but Williams again proved to be one of the freshest voices in comedy. As well as a host of projects in development involving himself or his sketch group Sheeps, Liam will perform Capitalism at The Invisible Dot in the Autumn and will tour in Spring 2015.