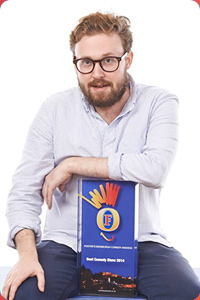 The former House of Commons tour guide became the first ever act to win the newcomer and the main award in consecutive years. Again decked out with his now trademark wig and false teeth, Kearns gave another virtuoso performance that mixed vulnerability with immortal punchlines. Kearns has a four-week Soho Theatre run this Autumn and a Radio 4 series out at the end of the year. He starts filming the BBC3 sitcom Top Coppers next January and aims to return to the Melbourne International Comedy Festival later in 2015.