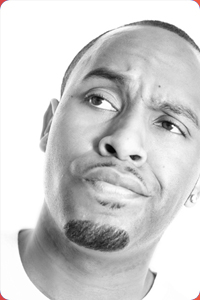 Dane's eye-catching debut hour started with a set-piece on his Grenadan upbringing before widening out into an absorbing journey around himself and his family in the UK. Dane has appeared on Seann Walsh's Comedy Spectacular (BBC3),Live from The Comedy Store (Comedy Central) and the Comedy Marathon (BBC3). Among numerous post-Fringe engagements are appearances on BBC3 and Radio 4, a European tour and projects in development with various production companies. He is also currently writing a scripted piece for BBC Comedy.